Katy Perry and Orlando Bloom are presently holidaying in Italy to celebrate their love! The couple is in Venice with their 10-month-old daughter Daisy Dove and Orlando’s 10-year-old son with Miranda Kerr. A photo is surfacing on the Internet where the couple can be seen spending alone time for an afternoon gondola trip. Not just that, it’s their PDA that is grabbing everyone’s attention. They can be seen kissing on the lips and admiring the beautiful sights of Venice from a bridge.

During their trip, Katy and Orlando were also seen beaming with happiness on a boat ride with Daisy. The 10-month-old has already become a seasoned traveler, after having visited Hawaii earlier this year with her popular parents. Before Katy planned a trip to L.A. for recording American Idol’s live events, the trio made sure to spend time soaking up in the sun. Not just that they left no stone unturned to make the most of every opportunity. From trips to the beach to long walks in the sun, they relish every moment.

Daisy is Orlando and Katy’s first child. At the beginning of March 2020, the singer revealed that she was expecting a music video, just before the lockdown due to the Coronavirus pandemic. Katy delivered birth in August. In the same week, her album was released. 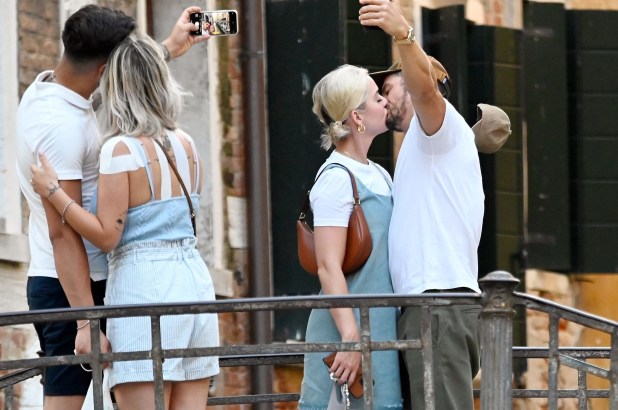 Katy and Orlando postponed their wedding plans due to COVID. The couple exchanged their rings in February 2019 and were planned to marry in 2020. However, the coronavirus obstructs all their plans. They have not revealed a date for their wedding. Although, Katy has been seen spotted wearing a gold band on her finger in March. This started speculation that the wedding already happened in secret.

This wedding is the third one for both stars. Orlando was previously married to Miranda Kerr. They got married in 2010 and separated from each other in 2013. ON the other hand, Katy married Russell Brand in 2010, but they divorced just 14 months later.